The We Care Mission

We Care is an organization devoted to improving the quality of care for all women with IBD at every stage of motherhood — from planning to pregnancy and beyond. 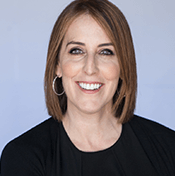 Dr. Dubinsky is Chief of Pediatric Gastroenterology, Hepatology and Nutrition, Co-Director of the Susan and Leonard Feinstein Inflammatory Bowel Disease Clinical Center and Professor of Pediatrics and Medicine at the Icahn School of Medicine at Mount Sinai Hospital Medical Center in New York.

Her primary research focuses on the influence of genetics and immune responses on the variability in clinical presentations, treatment responses and prognosis of early-onset IBD. Her other interests include the impact of IBD on fertility and pregnancy and pre-conception care. 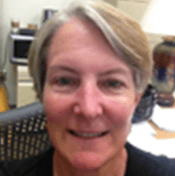 Dr. Collins serves as the Medical Director of the Inflammatory Bowel Disease Clinic at Oregon Health & Science University. She was Section Chief of Gastroenterology at the Portland VA Medical Center from 2000-2014. She is board certified in internal medicine and gastroenterology. 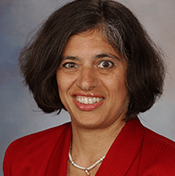 Dr. Kane received her master's degree in biostatistics and epidemiology prior to pursuing her medical degree. It was during this "pre-MD" time that she got interested in women's issues in inflammatory bowel disease. Her master's thesis was on the association between oral contraceptives and the development of IBD.

Dr. Kane is now a Professor of Medicine Medicine at the Mayo Clinic working in the Gastroenterology and Hepatology department with other physicians dedicated to caring for patients with IBD, conducting patient-oriented research to better understand the pathogenesis of these conditions and improving ways to care for patients. Her other work includes studying the interaction of the menstrual cycle and symptoms, the association of certain genes with disease activity during pregnancy and the effect of breastfeeding on disease activity. 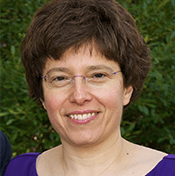 Sonia Friedman, MD is the Director of Clinical Research at the Center for Inflammatory Bowel Disease at Brigham and Women's Hospital in Boston and is also Instructor of Medicine at Harvard Medical School. In February of 2004, Dr. Friedman was named best "Up and Coming Gastroenterologist in Boston" by Boston Magazine, an award based on peer review. Dr. Friedman's current research interests include pregnancy and IBD and the management of neoplastic polyps in ulcerative and Crohn's colitis.

Dr. Friedman has published in peer-reviewed journals including Gastroenterology, Inflammatory Bowel Diseases and The American Journal of Surgical Pathology. She has published on the risk of colorectal cancer on patients with chronic Crohn's and on the efficacy of intravenous cyclosporine in the treatment of IBD-associated pyoderma gangrenosum. In addition, she has authored book chapters for Harrison's Textbook of Internal Medicine, Gastroenterology Clinics of North America and Advanced Therapy of Inflammatory Bowel Disease.

Dr. Friedman received her bachelor's degree from Stanford University and her medical degree from Yale University School of Medicine. She completed her clinical gastroenterology training at The Mount Sinai Hospital in New York City. 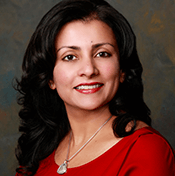 Uma Mahadevan, MD, is an Associate Professor of Medicine at the University of California, San Francisco (UCSF) and Director of Clinical Research at the UCSF Center for Colitis and Crohn's Disease.

Dr. Mahadevan specializes in the treatment of inflammatory bowel disease: ulcerative colitis, Crohn's disease and pouchitis. She has a particular interest in pregnancy and fertility in IBD, as well as in clinical trials of experimental drug therapy. Her current projects include pregnancy outcomes in women with IBD, clinical trials in biologic therapy for IBD and the effects of IBD medications on male fertility and semen integrity.

Dr. Mahadevan received her MD from the State University of New York in Brooklyn. She completed her residency in internal medicine at Mount Sinai Medical Center and a fellowship in gastroenterology at UCSF. She also completed a fellowship in Inflammatory Bowel Disease at the Mayo Clinic. Dr. Mahadevan is a member of the American Gastroenterological Association and the American College of Gastroenterology. She was the president of the Northern California Society of Clinical Gastroenterology in 2005 and is the chairman of the national patient education committee for the Crohn's and Colitis Foundation of America. 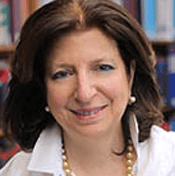 Dr. Ellen Scherl is an Assistant Professor of Medicine and an Assistant Attending Physician at the New York Presbyterian Hospital-Weill Medical College of Cornell University, specializing in the medical treatment of ulcerative colitis and Crohn's disease. In her role as Director of the Inflammatory Bowel Disease Center, she helped establish a tissue bank for IBD at Cornell. The IBD Center is committed to clinical practice and research as well as the pathobiology of inflammatory bowel disease.

Dr. Scherl graduated from Barnard College of Columbia University. She completed her internship and residency training at Beth Israel Medical Center and her fellowship in gastroenterology at Mt. Sinai Medical Center, where she remained as a member of the full-time faculty. She is board certified in internal medicine and gastroenterology.

On the NYSGE faculty since 1986, she has been both president and director of their Annual Course. Through her affiliation with the New York branch of the Crohn's and Colitis Foundation beginning 1983, she has helped to develop such curricula as the CCFA Annual IBD Education Day, IBD Coping Seminar Series, Intracity Rounds for GI Fellows and the first Intracity Symposium on the Doctor-Patient Relationship. Dr. Scherl was the recipient of the Crohn's and Colitis Foundation's Woman of Distinction Award in 1996. She is past president and council member of the New York Society for Gastrointestinal Endoscopy (NYSGE), chair of the Board of Trustees for the Crohn's and Colitis Foundation of America in NYC, also serving on the executive committee and vice president of the Medical Advisory Committee. She is also a fellow of the American College of Physicians and a member of the American College of Gastroenterology, The New York Academy of Sciences, the American Association for the Advancement of Science and on the executive committee of the Scleroderma Federation Medical and Scientific Advisory Board. 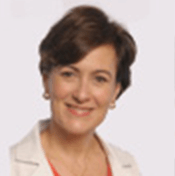 Maria T. Abreu MD, is the Director of the Inflammatory Bowel Disease Center and Associate Professor of Medicine in the Division of Gastroenterology at the Mount Sinai School of Medicine.

Dr. Abreu received her medical degree from the University of Miami School of Medicine. Her postgraduate training included an internship and residency at Brigham and Women's Hospital in Boston and a research fellowship in gastroenterology at the University of California at Los Angeles. She is certified by the American Board of Internal Medicine and holds subspecialty certification in gastroenterology.

Dr. Abreu has published a number of articles and abstracts in such journals as Gastroenterology, Journal of Immunology and Inflammatory Bowel Diseases. She participates in clinical research trials and serves as a reviewer for several prominent journals. 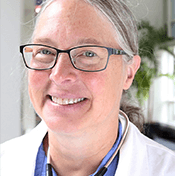 Kim L. Isaacs MD, PhD, is an Associate Professor of Medicine at the University of North Carolina. Her clinical and research interests are management of complicated inflammatory bowel disease and clinical trials in inflammatory bowel disease. In addition, Dr. Isaacs is the GI Fellowship Director at the University of North Carolina. 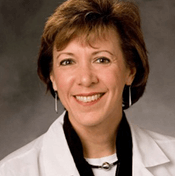 Dr. Jane Onken is an Assistant Professor of Medicine Division of Gastroenterology, at Duke University Medical Center where she completed her medicine residency, served as Assistant Chief Resident and later completed a fellowship in gastroenterology.

Dr. Onken is the Director of the Inflammatory Bowel Disease Clinic at Duke University Medical Center. In 2001, she was awarded the Premier Physician Award by the Crohn's and Colitis Foundation of America. Dr. Onken received her medical degree from the George Washington University School of Medicine in Washington, DC. She serves on several professional committees and has had numerous articles and abstracts published in peer-reviewed journals.

We thank those who support our mission to enrich the lives of women with IBD.